Topic locked
Merah - Taliban Prison Break? Mar 22, 2012
As the siege in Toulouse enters a second day, we are getting more info about the French Terrorist Mohamed Merah 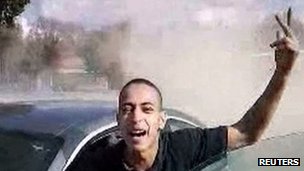 First, a comment on Loonwatch that sums up pretty much how I feel:

There is always a nutter ruins it for the rest..at least he didn’t say because the Quran says so..

But, more interestingly, there are reports he was jailed in Afghanistan - but if you read to the end, it says this has been refuted.. so still a bit confusing:

“According to Reuters news agency, the head of Kandahar prison in Afghanistan, says the suspect Mohammed Merah, escaped from the prison in a mass Taliban jailbreak.”

“Details of the suspect’s time in Afghanistan are still sketchy, but Le Monde is reporting that he went twice to Pakistan, once in 2010 and again 2011, to speak with groups of fighters based in the tribal regions near the border with Afghanistan. The paper claims that he trained in the camps there alongside the Pakistani Taliban, foreign jihadis and members of the Haqqani network — and that he even crossed the border into Afghanistan as part of groups sent to fight Nato troops.

It says he is understood to have stopped off in Waziristan before heading to Kandahar and Zabul in the south of Afghanistan. Interestingly, it also says that he was stopped by police on the outskirts of Kandahar city. Although he was not arrested, his presence in the region as a foreign national was unusual enough for the police to report him to the Afghan intelligence services, who reportedly then passed on the information to western intelligence services.”

Jawed Faisal, a spokesman for the Kandahar provincial government, said:

I can’t confirm it was the same person but there was someone in Kandahar prison with the name Mohammed Merah, who was famous as ‘the French guy’. His father and grandfather had Afghan names, and he could pass as an Afghan. His father’s name was Mohammad Seddiq, grandfather was Mohammad Shah.
“His crime was that he was captured laying IEDs, and he was sentenced to three years in jail, but only served five months of it when the prison break happened and he escaped.

“We don’t know which part of Kandahar province he was caught in.”

Faisal added that he didn’t know how long Merah had been in Afghanistan or how long he stayed after prison break.
Lt Col Jimmie Cummings, a spokesman for the Nato-led coalition, said he was aware of reports that Merah had been held in an Afghan prison, but refered all questions to Afghan officials.”

This is all extremely detailed & seemingly conclusive. If it wasn’t for the fact the official twitter account of the Kandahar Governor’s Media office refuted the claim that he had been imprisoned there.

Re: Merah - Taliban Prison Break? Mar 22, 2012
Murdering bastard. There is going to be a huge outcry over immigration control all across Europe after this. We give the likes of you and him a leg up and that's how you repay us.

Re: Merah - Taliban Prison Break? Mar 22, 2012
Although mized reactions from the Arab, also some very encouraging ones.

Mohammed Merah's murderous shooting on Ozar Hatorah Jewish School in France on Monday has sparked controversy on the Arab media. Many reporters and bloggers have voiced their opinion about the deadly attack, and while some strongly condemn it, others draw comparisons between Toulouse and Gaza.

One Algerian journalists, known for his anti-Israel rhetoric, wrote an article titled: "Israeli blood is always worth more."

He went on to criticize the global attitude towards Israeli Air Force strikes on Gaza Strip compared with the shooting in Toulouse, slamming global media for neglecting to cover the "barbaric" death of dozens of Palestinian victims in Gaza, including children.

According to the Algerian reporter, "The Zionist lobby's influence managed to buy the protection of senior politicians and media figures across the world. They began to see things only from the point of view of Tel Aviv and its ally Washington, in accordance to the logic of 'Israel's security,' 'anti-Semitism' and 'Islamic terrorism.

One Algerian blogger published a picture of the Jewish victims and wrote: "The young rabbi was murdered with his two small children and another girl, in a crime that has all the elements of hate and anti-Semitism. God bless their souls."

"(...) it's a crime against humanity and not just against the Jews, but also against Islam and Christians and against all the religions in the world," the piece noted.

Re: Merah - Taliban Prison Break? Mar 22, 2012
I was also moved by the solidarity of the religious and secular leaders in France - and that so far this terrorist act is actually bringing the French together, uniting them rather than dividing them. I hope this lasts.

It will be interesting to see whether the Arab/Muslim report any widespread opinion that Merah should be 'cut some slack' for his terrorism. So far I haven't see this.

Re: Merah - Taliban Prison Break? Mar 22, 2012
You are right about that al shafique, it unites French against muslims.
Despicable you for calling the killer "French terrorist" instead of "moslem terrorist", but we know this was intentional , malicious, and part of of your propaganda. it only proves that you are on the side of these moslim terrorists , creeping sharia and stealth jihad . It makes sense since we know that you are a supporter of Hamas, terrorist organization.

Re: Merah - Taliban Prison Break? Mar 22, 2012
Bringing the French together? What form of news do you read Shafique?

It is not religion that turns some young Muslim men in the West violent, but the sense of alienation and frustration that inevitably comes from being a second-generation immigrant. Confused and angry young men easily attach themselves to something greater than themselves, especially a strong, confident inter-national identity historically opposed to the West from which they feel so rejected.

Re: Merah - Taliban Prison Break? Mar 22, 2012
I've been watching the BBC coverage mostly - I do hope BM isn't getting her news from Jihadwatch!

The French Pres had this to say:

Mr Sarkozy announced an investigation into whether Merah had accomplices and into possible Islamist indoctrination practices in prisons.

"Our Muslim compatriots have nothing to do with the crazy actions of a terrorist. We should not embark on any stigmatisation."

I presume herve won't be voting for Sarkozy this year!

shafique wrote: I do hope BM isn't getting her news from Jihadwatch!

I watch Sky news and the French people they spoke to weren't bigging the immigrants up I can tell you!