All You Need To Know About The Ebola Virus 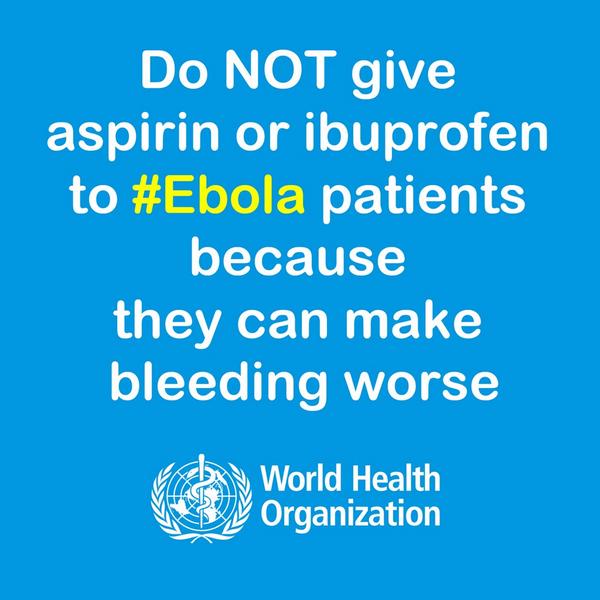 How is the Ebola virus transmitted?

Ebola is passed to humans through close contact with the blood or bodily fluids of infected animals. Fruit bats, monkeys and chimpanzees can all carry the virus.

Ebola then spreads through human-to-human transmission, again from contact with blood or bodily fluids.

Burial ceremonies where mourners touch the body of the dead person can also spread the disease.

The incubation period (the time from infection to the onset of symptoms) is between two to 21 days.

People remain infectious as long as their blood and secretions contain the virus.


What are the symptoms?

Further symptoms include vomiting, diarrhoea, rashes, damage to the kidney and liver function.

In some cases symptoms can include both internal and external bleeding.

There is no known cure or vaccine for Ebola.


How can the virus be prevented?

Routinely cleaning and disinfecting farms to inactivate the virus.

Animals should be handled with gloves and protective clothing. Meat should be thoroughly cooked before eating.

If an outbreak is suspected in animals, the premises should be quarantined and infected animals culled.

Avoiding physical contact with people infected with Ebola and protective clothing must be worn.

Washing hands after visiting patients in hospital, or after taking care of those infected at home.

Inform the authorities when a community is affected so containment measures can be taken.

Ebola victims should be buried quickly and safely, with no direct contact with the corpse.


What is being done to treat it?

Several vaccines are being tested, but none have been approved for clinical use.

One of the untested drugs, Zmapp, has been used on two American missionaries who are said to be improving. It was also given to a Spanish priest who later died. Its effectiveness is unknown but the WHO has ruled its use ethical in the circumstances.

Stocks of Zmapp, which was developed by an American pharmaceutical company, have been sent to West Africa. The company says it has given the treatment free of charge.

Canada has also sent around 1000 doses of an experimental drug developed by government laboratories. It has previously shown promising results in animals but has never been tested on humans.

Re: All You Need To Know About The Ebola Virus Dec 15, 2014
Oh my God! This information is indeed beneficial. Thank you so much for sharing. I appreciate for your time to write it down for us.

Return to Health and Medicine in Dubai