It is thousands light years far from my country and it has advanced civilization and technology.
People on this Planet seems to be peaceful and tolerant.


Back in my country we have part of locals that stuck in Middle Ages. Toothless and uneducated, poor and evil; they call themselves Chetniks (Četnici).

Last 500 years they live as savages and robbers. Every 50 years approximately they start wars. Because what they robbed previously got already used and consumed to the level that is not usable anymore.

So they attack on us, their neighbors, kill civilians, rob houses, gold, furniture, technics, money...

Then they start their rituals of slaughtering people, raping females, girls, (boys and males as well), burning people alive...
In last 500 years they had 11 such rituals.

This picture is from WW II, it shows how they slaughter people:

Well here are some pictures from latest war, when they killed, massacred and slaughter more then 8 thousands people in just few days in Srebrenica.

And every year since last war those savages Chetniks make freely gatherings across the country, and nobody, really nobody cares. They sing their fascist songs glorifying in them killings and murders, and saying that they will do it again!!

Just two days ago they gathered again and announced that they want to make river Drina bloody again (with corps of killed Bosnian Muslims). Those Savages are Orthodox Church but they don't live like their Orthodox brothers in rest of the world; who learn Science, explore Space, have culture and tourism etc. Nothing of that sort.
Those robbers and idiots are just there to murder, rob, burn, rape, get drunk...

They cut stomach of pregnant woman and killed the baby. Woman died of horror

So I live with this pictures since 1995. I live with war and concentration camp experience...but alhamdulillah I live on other Planet now. Planet Dubai.
I feel safe and feel peaceful... But how many people and children feel unsafe back in my country it is hard to say.
How world can tolerate such happenings and gatherings of fascist in 21st Century.

Re: Planet Dubai Mar 16, 2019
This is getting worst and international problem, not anymore just Bosnian problem !

Movement "Remove Kebab" is understood to mean “remove the Muslims”!

In light of yet another attack targeting Muslims that used the “remove kebab” terminology, this time in Christchurch, New Zealand! 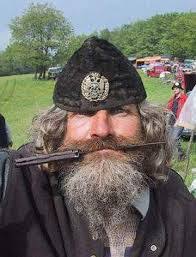 The Bosnian Serb wartime leader, Radovan Karadžić has been sentenced to life in prison at an appeal court in The Hague for his role in mass killings of civilians in the conflict that tore Bosnia apart a quarter century ago. 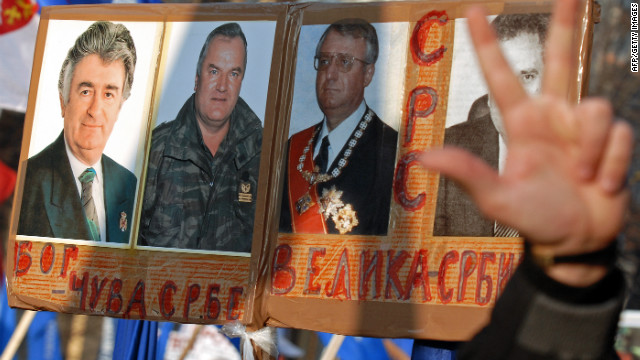 undefined Mar 20, 2019
In my country, that is located thousand light years from Planet Dubai, we have other type of neighbors (besides Chetnics).
Those neighbors claim that they are us!

They want to be us, they claim our Bosnian Kings, Queens and Kingdom as their own! Their logic is glued to religion.

We were all Christians before in Balkan regions (600 years ago), but different types of Christians.

Some people were The Bogumils and called for a return to what they considered to be early spiritual teaching, rejecting the ecclesiastical hierarchy, and their primary political tendencies were resistance to the state and church authorities. The term Bogumil in free translation means "dear to God".

Others were Catholics following Roman Church and its teachings. Some were Orthodox following Eastern Church.
Some were Patarene (herese) as Bosnian King. But for political reasons he accepted Christianity and married Katarina (last Bosnian Queen) who also converted to Christianity. http://www.spiritofbosnia.org/volume-6-no-3-2011-july/rome-the-life-of-katarina-vukcic-kosaca-the-bosnian-queen-1424-1478/

But Bosnian King didn't have anything against >> Bosnian Church>> https://en.wikipedia.org/wiki/Bosnian_Church that existed in Bosnia and was considered as heretics of Roman Church same as Bogumils and Patarene. Roman Church claimed that they are pagans. (No worries, still they call us pagans as Muslims because they think that we worship Kaba and Black stone :O).

With all those heretics of Roman Church (they separated when Roman Church declared Jesus God!) in touch came Syrian Arab traders who traveled to Dubrovnik and other Balkan Centers of trade at that time. They invited them to Islam and many accepted. Arabs made first mosque in Balkan, in Kosovo in 1289.

Century later The Ottomans occupied Balkan and Bosnia and brought freedom of worship to those who accepted Islam before and were praying in mountains and nature. The Queen Katarina run away with few of her people, but her children were captured. They later accepted Islam.

The Ottomans occupied Bosnia in 1463. Islam was already there, and per their scripts studied by Orientalist, they already found people in Balkan who prayed five times a day and were Muslims. 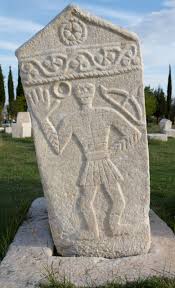 So because our Bosnian Queen run away to Rome as Christian now our Croatian neighbors think they are us, as our Queen was Christian same as they are now. They claim that Bosnia is theirs (notice that Bosnia itself never accepted Christianity as Queen did!), they want to replace us. And for us they say we shall go "back" to Turkey. (They constantly mix religion with land, territory and origins).

Our Croatian neighbors think that you lose your land and origin because you accept some other religion. So our Queen they take for themselves. And our land as well, as they think we now belong to country from where Islam came.

But the truth is; we are our own, on our own land, had our own Kingdom, Kings, Queens (even thou last accepted Christianity), have our own history, our own flag and our own legacy. We would let them peacefully be us (when they love it so much) or part of us, if they don't want to kill us all and replace us completely or force us to go "back to Christianity".


VIVA BOSNIA to BOSNIAKS (BOSNIANS of any faith).

P.S. Please don't follow the logic of our neighbors as per their logic all Christians of the world shall go "back" to Israel, from where Christianity originated.... Nobody shall go anywhere indeed. All people are children of Adam and shall live in peace on this Earth and the only going back is back to Paradise (from where our father Adam came), or for killers, murderers, war criminals and such return is to Hell

To the people of the Balkans or elsewhere, it is not necessary to prove the criminal, bloodthirsty, animalistic and traitorous behaviour of Serbians. It is written in many historical books . . .

Sigmund Neumann wrote: "The History of Serbia is a never-ending fight overfilled with uncontrolled aggression, unknown in civilised countries.In this battle where lying, trickery, betrayal, revenge, murder and warcrimes were recognized as moral achievements, generations of Serbians andChetniks (bandits of General Draza Mihajlovic) grew up: one can clearly see the political banditism which characterise Serbian rulers, politicans and military leaders . . ."

The Greek writer Nikita Akonimat, who spent a long time studying Serbians wrote in his work: "Serbians were always willing to commit all kinds of crimes so that they can stay in power, and as chauvinists, there is no such nation in the world."

A female British author, who after her travels and studies of Balkan peoples, wrote: "Serbians are most primitive people who are at the same time the most megalomaniacs and the most chauvinistic . . . Many timeshave their extremism bordered with paranoia."

The Romanian Historian Conrad Bercovici wrote: "They (Serbians) are nationalists, extreme megalomaniacs without a conscience. They are the most chauvinistic people in Europe, if not the whole world. It is impossible to argue with Serbians, because they are without understanding.Since they respect only force, the same method should be used when dealing with them."

The British Newspaper "Manchester Guardian" wrote on August 3, 1914: "If you took Serbia to the end of the ocean and flooded it, then the European air would be clean."

The historian Gathorn-Hardy wrote: "If the war with Serbia was able tobe localised we can be sure that the majority in Great Britain would sympathize with the ones that would want to punish hordes of the nationalized bandits."

The Greek scientist George A. Megas spent many years in studying the souls, ethics and morals of the Serbian people and deduced: "A Serbian fighter does not know anything about heroism. He likes brutal and wild actions, ie., taking out of eyes, dismemberment of body parts of enemies without motive and clearly when that one is not armed . . ."

The writer Friedrich Kraus, when studying the character and the national characteristics of Serbia says that Serbians have some kind of cannibalism buried inside of them: "A Serbian chetnik is ready to rob apolitical ally or anybody else for that matter and before he kills that person he will take out his eyes, cut off his nose and tongue. If hedoes not do any of this things he will eat that man as if he was alamb."

The French writer C. Robert writes in one of his works: "When Serbian chetniks rose up and revolted, they only had one thing in mind; get rich in any way possible. What the chetnik did when they entered Belgradewas not worthy of civilised people. At first they robbed and confiscated, then raped women that they met on the streets, afterwards killing many of them. Those people that did not want to convert to the Serbian Orthodox religion were tortured by unbelievable methods while they were cutting up their children in pieces . . ."

The famous Russian author and writer, Solovjev wrote about Serbians and Serbian rulers that from Czar Dushan the mighty's time until today: "Serbians punished their subjects by cutting off their tongues, nose and ears while they sometimes burned them alive . . ."

The French consul in Travnik during Turkish rule was sent by the French Foreign Ministry. From Paris he wrote: "Serbians are wild people, not worthy to live amongst civilised peoples. They decapitated thousands of their own people because they did not support their strategy in destroying all people that were not Serbians. Chetniks upon entering Belgrade, massacred all civilians that were not of the Serbian-orthodox religion. That was the first time that Jews were killed on the Balkan Peninsula."

Zivko Pavlovic says in his book: "A chetnik have to first of all beangry and bloodthirsty while his moral characteristics do not have to becounted."

The partisan General Kosta Nadj wrote in 1942: "I do not remember that Iever saw anything more frightening than that what I saw in Foca (easterncity in Bosnia). The crazy chetnik barbarians killed everybody. The city was literally swimming in human blood. The bridge on the Drina river showed a gross picture. There was not a single spot that was clean of blood from the decapitated people. This is the place where the innocent Bosnian Muslim people were massacred in thousands. A real butchering . . ."EOF()